In another special bonus episode of the Infamous Podcast we talk with a #CertifiedInfamous rising start in the world of indie comic books… Not So Super Founder/Writer Jacques Nyemb.

We don’t want to spoil too much of the episode, but Jacques’ has a great story and what he is trying (and succeeding) to do with his line of fun for all ages books needs to be supported.

Not So Super Books: 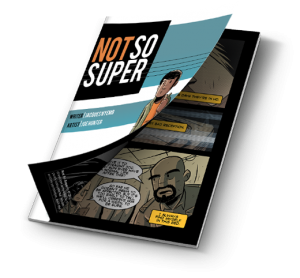 One day Daniel Douglas’ life takes a weird turn when he wakes up with a random assortment of powers. The list of powers grows and Daniel never knows when they appear or disappear. We see his life spiral into sheer chaos as he maneuvers in our unforgiving, modern world as he tries to figure out what made him this way.

Jasper works at a record shop, A vegan since birth, whose life gets shaken when he gets bitten by a Vampire. He finds himself with a HUGE dilemma of trying to maintain his lifelong Vegan lifestyle and fighting his newly acquired THIRST for blood. He embarks on a journey with the help of his AWESOME grandma, to fight his way to a cure and prepares himself for a showdown with the Vamp who bit him. 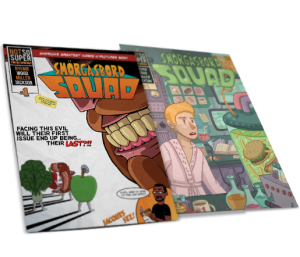 Part I: The beautiful city of Hasenpfeffer, USA, is made a little less beautiful as the feud between the Smörgåsbord Squad and H.U.N.G.E.R. Pack spills into the streets.

Part II: The origins of the Smörgåsbord Squad are explored as the details of the day the group came together are revealed.

Not So Super Samples: 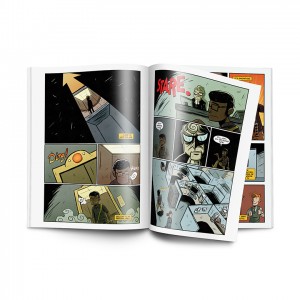 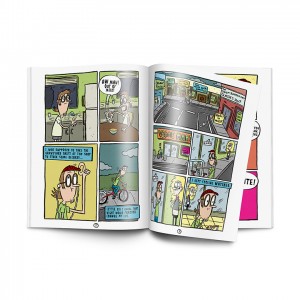 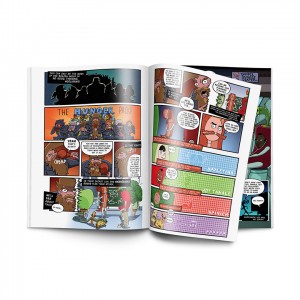 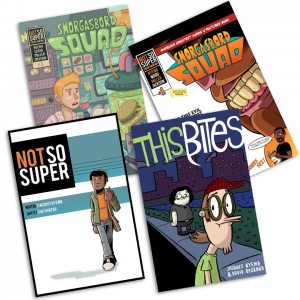 You Can Find Not So Super Comics Online: