Episode 298 – A Swarm of Black Widows 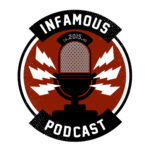 The Infamous Podcast
Episode 298 - A Swarm of Black Widows

What Happens When You Make THE Black Widow “A Dime a Dozen”?

This week on the podcast, Brian and Darryl review Black Widow, talk about the Loki Finale, and gush over the return of Superman and Lois. Plus, News Bites about SilverHawks and Star Trek.

In the Citadel at the End of Time, Loki and Sylvie meet Miss Minutes and reject an offer from her creator, “He Who Remains”, to return them to the timeline with everything they desire. Meanwhile, Renslayer leaves on a mission to find “free will” after receiving information from He Who Remains. B-15 proves to TVA troopers their variant status by showing a Renslayer variant who is a school vice-principal. He Who Remains tells Loki and Sylvie that he ended a multiversal war caused by his variants, isolated his timeline, and created the TVA. As he has grown weary, he offers them a choice: kill him and end the singular timeline, risking another multiversal war, or become his chosen successors in overseeing the TVA and the singular timeline. Sylvie decides to kill him, while Loki pleads with her to stop. They kiss, but Sylvie sends Loki back to TVA headquarters. She kills He Who Remains, unleashing a multiverse with timelines that cannot be pruned. At the TVA headquarters, Loki warns B-15 and Mobius about variants of He Who Remains. But they do not recognize Loki. Loki sees that a statue of one of these variants, Kang, has replaced those of the Time-Keepers.

Lois and John Henry Irons can’t seem to agree on the best way to stop Morgan Edge; Jonathan encourages Jordan to focus on strengthening his powers to help locate their dad; an old friend is brought in to help with the search.

Is an action-packed spy thriller “Black Widow,” Natasha Romanoff aka Black Widow confronts the darker parts of her ledger when a dangerous conspiracy with ties to her past arises. Pursued by a force that will stop at nothing to bring her down, Natasha must deal with her history as a spy and the broken relationships left in her wake long before she became an Avenger.

Based on
Marvel Comics