How To Get Into Tabletop Gaming

Learn How to Get a Seat at the Table 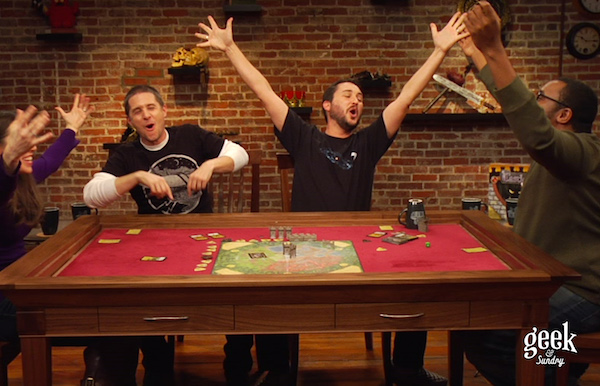 As mentioned in my biography on the Infamous Podcast’s ‘About’ section, the comic that got me into this crazy life was ‘Pathfinder: Hollow Mountain’.  Before I began writing for this blog I was trying to find a tabletop gaming group to play with on the regular (Tuesdays and Thursdays 9am-5pm EST if anyone needs a player!), but it was difficult because of my limited schedule and pickiness. I was persistent though, and eventually found one. I would love to help YOU find one too!

Personally – and some of you may relate – I avoid social interactions with strangers because of anxiety. This is basically like shooting yourself in the foot when trying to enter the tabletop gaming world. If you’re like me though, these resources may help you.

Roll20.net is the best thing to happen to online tabletop gaming.

DMs (Dungeon Masters) can create intricate maps using pre-made textures and drawings or upload their own and edit them how they like. They can set up enemy statistic pages with macros, (Macros are buttons you can press to initiate a process, like rolling for a stealth check with modifications or attacks for instance) they can darken a map only to reveal it as the group progresses and even have interactive lighting. They can add negative effects to PCs such as nauseated, stunned or dead.

PCs (Player Characters) can create and control unique character tokens with pre-made photos or upload their own. They can control and familiars and move around the map (where the DM allows them to).  They have access to their own character’s statistics sheet which allows them to easily roll for checks on skills or attacks and it calculates the modifications or negative effects for you automatically.

Roll20 also lets you search for groups using filters such as time, language, days and whether or not that specific group accepts new players. It is an excellent tool and a definite must for any player looking to get into tabletop gaming without leaving their house.

For those of you unfamiliar with Reddit, it is a website that is sort of like a public forum. Anyone can create an account with just a username and password, and post to whatever forum (or subreddit) suits their interests. The subreddit of /r/lfg stands for ‘Looking For Group’ and is for tabletop gamers looking for online OR offline games to join. Reddit is a little difficult to navigate if you are new to it, so don’t be discouraged if you can’t figure it out right away. Click around and see what you can see. Remember to look to the side bar on the right side of the screen and read the rules before posting or commenting!

d20pfsrd is a great database of information

Mythweavers is great for character sheets of all types

The last resource is Mythweavers. This website is an endless supply of helpfulness with things like NPC generators, a point buy calculator and – this is why I’m including it – character sheets. If you create an account the website has character sheets in styles for many different games like Pathfinder, Dungeons and Dragons (Basic to 5e), Star Wars and much more. You can input things like character statistics, description, inventory and spells. It’s super helpful.

All of these websites helped me to create a number of characters, but the one I played most and hold dearest to my heart was Buru the Vishkanya Fighter. Buru (pronounced Boo-Roo) was supposed to be a hardened fighter who was only in it for the gold. Pay him the right amount and he’d bash the priest of your town’s head in during a sermon. He was tough. He’d seen some shit. But I made a mistake. I joined a group that wasn’t very ‘new person’ friendly. We started at level 13 and everyone else was a seasoned veteran of the game. They were very patient with me and gave me pointers and tips, but it wasn’t right.

Here is an outline of the ups and downs of the short campaign that I played:

You may be thinking, “Caiti, why didn’t you let them help you? Why didn’t you ask for help?” Well, I did, for some things. But I was learning the game from scratch. Tabletop gaming is not something you can be taught in a few hours or even a few days. It takes practice and patience, especially for someone like me who learns from experience rather than reading or hearing. It seemed like every time I asked a question there were five more behind it. The group insisted that it wasn’t so difficult, but it was. And being told it wasn’t difficult and having things done for me really took the fun out of the game. In the end, the timing wasn’t right for me and the overall feeling of the group was too overwhelming for me.

So, to bring this monster of a post to an end, here is a “Too long; Didn’t read”. If you want to get into tabletop gaming, use your resources. Study. Create a character or two on your own and browse through the multitude of things you can do and be. Get into a beginner’s group and mess around for a bit. Tabletop gaming can be SO much fun and there is SO much to do! Go enjoy it! I hope this post helps to get you started!