Star Wars Rebels With a Cause

On this week’s exciting installment of the Infamous Podcast Johnny and Brian take a look at Star Wars Rebels, currently airing on Disney XD, and discuss where it sits in the new Star Wars cannon. They also get excited for The Force Awakens, which you’ve probably seen at least twice already.

Fourteen years after the fall of the Galactic Republic and the Jedi Council in Star Wars Episode III: Revenge of the Sith, a motley group of rebels (all of whom have been affected by the Galactic Empire in one form or another) band together aboard a freighter starship called the Ghost. Their small six person rebel cell conducts operations against the Imperial garrison on and around the backwater planet Lothal, as a microcosm of how the rebellion against the Empire is playing out at the local level.

The series will also focus on the origins of some of the groups that will form the Rebel Alliance. 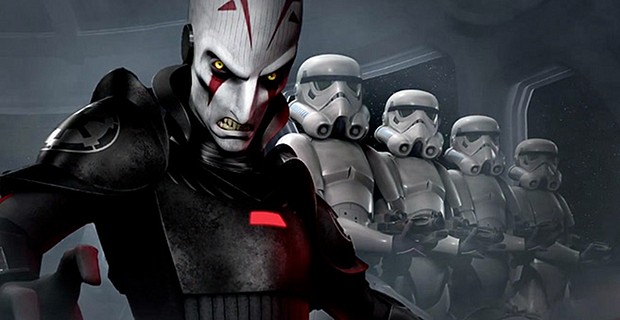