Rick and Morty Comics, a Review 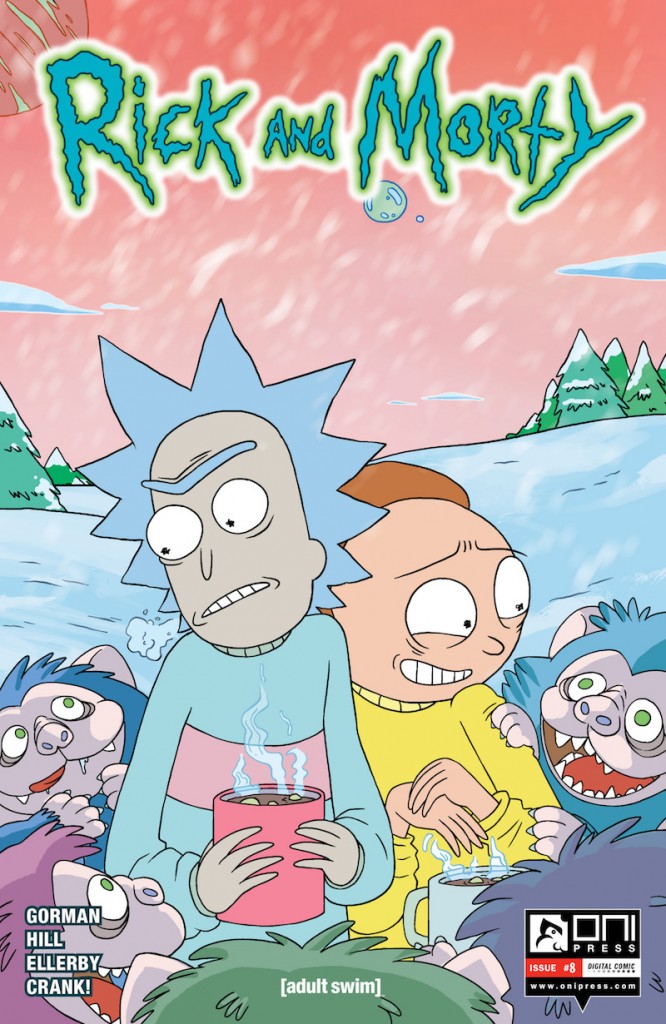 If you’re a fan of the show ‘Rick and Morty’ you may have heard recently that they have started recording season three! This is fantastic because the show is kind of addicting. The timing, the jokes, the dynamic between a crazed scientist and his grandson. It’s the perfect balance of crude and action packed. When I first watched the show, I didn’t enjoy it as much as I do now. I felt as though they put too much weight onto Rick’s alcoholism (and especially his belching) that it was distracting. Thankfully they toned it down after the first couple episodes. If you enjoy cartoons with adult humor, ‘Rick and Morty’ is something I would recommend for you! Two seasons out now with a third on the way!

This brings me to the ‘Rick and Morty’ comics. I was super excited to find they had adapted the show into comic form and ordered the first three issues at my local comic shop. I read through the first issue and closed it feeling disappointed. The show relies heavily on inflection and timing as well as a little improvisation. Obviously this is difficult to convey through text so the jokes tend to fall flat. I should have been prepared for that, however, because everyone knows that if you see one version of something that’s usually the version that you enjoy more.

Nevertheless, I powered through for you guys  and read the other two comics. I know, I’m a saint. Plus I also spent the 8 bucks already, so I wasn’t going to waste it. It was a good thing I did, because the second comic was a much better read than the first one. The dialogue didn’t seem to try to emulate the show as much and the jokes translated well through text. The characters reflected their animated counterparts a little bit better too.

The thing that bothered me the most about these comics is the artwork. ‘Rick and Morty’ isn’t exactly a paragon of style and breakthrough technique, but these comics seemed to be sloppily drawn. I would be reading and see a character and think, “That doesn’t look right…” even for a cartoon character. It’s not close enough to be a copy of the cartoon show, but not diverse enough to be considered a whole other style of drawing. The only (in-story) reasoning I could see behind this is that the comic Rick and Morty are from dimension C-132 as opposed to the TV show Rick and Morty being from C-137. Otherwise I would say the illustrators need to work towards refining their style or work a little harder to resemble the TV show. I would be very excited to see Rick and Morty in another art style, even if it were similar. Just not sloppy.

All in all I was content with these comics. I won’t be picking up any more issues, but I would recommend them to any fans of the show. Try out the first three issues at least and if it doesn’t strike your fancy maybe pick up an issue later down the line to see if they worked out the kinks. At the moment there are 12 issues in this series, so you have plenty of content to get through! And as always, fuck Tammy.